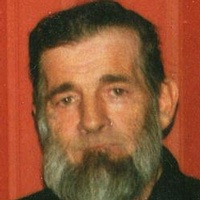 Virgil P. Metzinger, 78, passed away Wednesday, May 24, 2017 at his residence in Ipswich, SD. In honoring his wishes, his family has chosen to have no public services.

Virgil was born at Faulkton, SD to Robert and Patricia (Nelson) Metzinger on June 14, 1938. He was raised there and graduated from Faulkton High School. After his schooling he worked for farmers in the Ipswich and Faulkton area. He then worked as a welder at Craven Welding in Aberdeen for several years.

He married Marlene M. Bellack on March 23, 1968 at Seneca, SD. They made their home in the Doland, SD area for 12 years, where Virgil returned to working for farmers. Virgil's love of the west and of ranching, led them to move to the McIntosh and McLaughlin, SD, areas. After 20 years of ranch work they moved back to Faulkton where he helped area farmers for several years before a heart attack forced his retirement. In 2004 they retired to Ipswich, SD where Virgil enjoyed reading his western novels, often reading three at a time. His collection fills a room of their home. He also had started to do some light woodworking, but after a lifetime of working he didn't really care for hobbies.

He was preceded in death by his parents and two sisters.

To order memorial trees or send flowers to the family in memory of Virgil Metzinger, please visit our flower store.