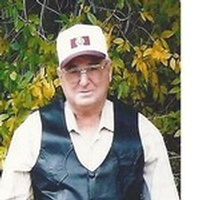 The funeral for Virgel G. Oban, 74, of Ipswich is 10:30 am Tuesday at Holy Cross Catholic Church in Ipswich.

Visitation is 2-8:00 pm Monday at Gramm Funeral Home in Ipswich and one hour prior to the service at the church, Tuesday.

In lieu of flowers memorials are preferred to Ipswich Volunteer Fire Department or Ipswich Ambulance Service.

On September 19, 1954 he was united in marriage to Bernice Grenz in Eureka, South Dakota. Shortly after marriage, Virgel was caught in a power take off and was hospitalized from October through January. He recovered from this and proceeded to partake in road construction as they purchased their own company in 1959 now known as Oban Construction.

For 29 years Virgel and Bernice wintered in South Padre Island, Texas and were very fortunate to make some life-long friends. This is also where Virgel participated in his only hobby, surf-fishing.

He was proceeded in death by his parents and two sisters LaDonna Patnode and Shirley DeMinck.

The family gives a special thanks to all the emergency crew and especially June Torrence-Heinz, PA.

To order memorial trees or send flowers to the family in memory of Virgel Oban, please visit our flower store.