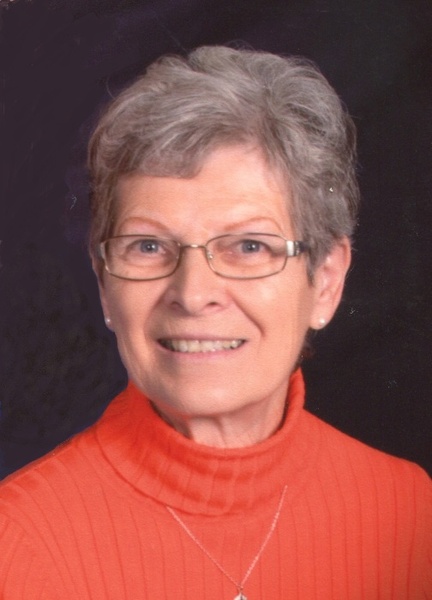 A graveside service for Shirley J. Gisi, 79, of Ipswich, will be at 3:00 PM, Sunday, September 27 at Holy Cross Catholic Church Cemetery in Ipswich.  Fr. Timothy Smith will lead the service.

Shirley Jean Gisi was born on June 5, 1941 to John and Winifred Kraft in Aberdeen, SD.  She graduated from Aberdeen Central High School in the Class of 1959.  Shirley married Vincent NIgg on October 8, 1962; four children were born to this marriage.  She worked at the Beverly Nursing Home for a short period of time and then for the Edmunds County Sheriff’s Department as a dispatcher.  Shirley married Ivan Habeck in May of 1985.  Ivan passed away in December of 2007.

On June 6, 2015 Shirley was united in marriage to Galen Gisi.  She put a sparkle in Galen’s eyes that could be seen for miles.  Galen was so excited to be married to this special woman and she felt the same way about him.  Their time together was short.  Galen’s health started failing in late December 2018.  He spent three months in the heart hospital in Minneapolis and Shirley never left his side.  For the next year and a half, Shirley took special care of Galen attending to his every need.  Galen passed away on August 28th of this year.

Shirley took special delight in being outdoors, she loved her garden, mowing the grass, walking around Ipswich with Galen and the last few years just sitting in the yard picking weeds and enjoying fresh air.

Shirley was diagnosed with cancer about a year ago.  Many trips were made to Sioux Falls for surgeries and to Aberdeen for treatments.  She was always so thankful to everyone who provided not only transportation, but just being there and giving her hope.

Shirley went home to her Savior on September 22, 2020. Please keep Shirley in your prayers and “May She Rest In Peace.”

Services are entrusted to Gramm Funeral Home of Ipswich.  Memories and condolences may be shared and flowers ordered for her family and friends at grammfunerahome.com

To order memorial trees or send flowers to the family in memory of Shirley Gisi, please visit our flower store.