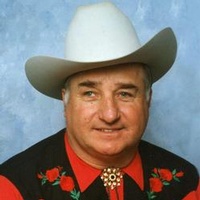 Raymond Forkel, 77, of Midland, Mich., formerly of Ipswich and Aberdeen died Tuesday May 19, 2015 at Brittany Manor.

Ray was born July 13, 1937 to Mathew and Rose (Schroeder) Forkel on the family farm near Roscoe, SD. He attended country school, Ipswich High School and college in Stanberry, MO. He met and married Opal Elaine DeShon of St. Joseph, MO November 24, 1957. Returning to South Dakota Ray farmed in Edmunds County until retiring in 1999. Ray was a charter member of the Ipswich Lions Club beginning in 1973. He served on the Union Township Board as Supervisor from the mid 1970's to 1990; North Central Farmers Elevator Board over 25 years, several years as secretary and president from 1981 to 1994; Edmunds County Commissioner from 1979 to 1986 and the Board of the Eureka Church of God. For several years Ray and his brother Lester moved houses and buildings; Ray, Lester and Marvin Lout moved the Ipswich Arch from its former location across Highway 12 to its current location in Charles Collier Park.


Ray was best known for his accordion music but also played guitar, keyboard, omnichord, harmonica and piano and was inducted to the Dakota Musicians Association Hall of Fame in 2007. He loved riding his Harley Davidson, traveling and spending time with his family, especially his grandchildren.

To order memorial trees or send flowers to the family in memory of Raymond Forkel, please visit our flower store.