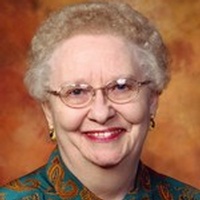 Mass of Christian Burial for Phyllis Clemens, 69, of Aberdeen, is 2:00 p.m. Tuesday at Sacred Heart Catholic Church in Aberdeen. Burial will be 4:30 p.m. Tuesday at Holy Cross Cemetery in Ipswich.

A Liturgical Wake Service will be at 7:00 p.m. tonight (Monday) at Holy Cross Catholic Church in Ipswich.

Visitation will be one hour prior to both services.

Phyllis Ann Clemens was born November 14, 1939 to Matt and Cecelia (Schmidt) Clemens at Ipswich. She was raised on the family farm just south of the city.

Following her schooling she worked for a short time at the Edmunds County Courthouse. Her mother unexpectedly died during that time, so Phyllis returned home to help her family at the farm. She later moved to Aberdeen where she resided until the time of her death on Friday, April 10, 2009.

Phyllis found great peace in her involvement in church activities. She was a member of Sacred Heart Catholic Church in Aberdeen and had been active in the Altar Society and the Catholic Daughters. She also enjoyed going out with her friends and visiting with them.

Phyllis is survived by her two brothers, Duane (Deb) Clemens of Aberdeen and Merlin (Jean) Clemens of Denver, CO; three nephews; one niece and many friends.

She was preceded in death by her parents.

Casket bearers will be her family.

To order memorial trees or send flowers to the family in memory of Phyllis Clemens, please visit our flower store.