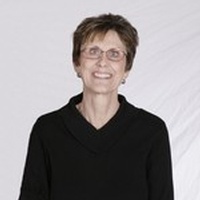 The funeral service for Peggy Trammell, 61, of Mitchell, and formerly Ipswich and Sioux Falls, is 11:00 a.m. Monday at Richland Wesleyan Church rural Mina with interment in Richland Cemetery. Pastor Ron Wickard will lead the worship.

Visitation is one hour prior to services at the church.

A memorial service will be 11:00 a.m. Wednesday at Mitchell Wesleyan Church in Mitchell. Pastor Keith Nash will lead the memorial worship.

Floral arrangements may be directed to either church and should arrive at either church by 9:30 on the day of the respective service.

Directions to Richland Wesleyan Church are available at the church website found in the Favorite Links section of this website.

Peggy was born May 7, 1947 to Harvey and LaVonne (Oas) Olson at Aberdeen, SD. She was raised on the family farm south of Craven and attended grade school at the Union Township Country School. She continued her education in Ipswich, graduating from high school in 1965.

Peggy attended a one-year secretarial program at National College of Business in Rapid City. After graduation she remained in Rapid City and began employment with the South Dakota Department of Social Services. She met her future husband, Ken Trammell who was serving with the United States Air Force.

The two were married on June 24, 1967 in Aberdeen. Just nine months after their marriage, Ken's U.S. Air Force assignment took him to Thailand. While Ken was overseas, Peggy returned to Ipswich and worked in the Edmunds County Courthouse.
When Ken returned a year later, they made their home in Aberdeen.

In 1977, they moved to Havre, MT but returned to Ipswich a year later where they lived on a hobby farm. Peggy worked as a special education aide during their time in Ipswich. Her kind and supportive ways formed life long bonds between her and the children and the families that she had assisted.

When the family moved to Sioux Falls in 1989 she continued to work with children, this time at the Citibank Daycare facility. In 2001 they moved to Mitchell. Through the years she had become quite creative and had greatly enjoyed making and even selling jewelry. But again, her calling of serving others would shine through. Until just a short time ago, when her health prevented her, she volunteered her time and talents at her church and served others at the Hospitality House in Mitchell. She also assisted several disabled people in their homes with any needs they would have. She easily connected with those in need and would always lend a hand. Peggy especially enjoyed times in her life spent with her own children and grandchildren and loved watching them grow. She shared with all of her family a love for Christ, a call to serve others and a blessing of love and forgiveness.

During the summer of 1982 Peggy began a personal relationship with Jesus. Her strong faith in God was demonstrated as she endured the loss of her daughter in 1988. God continued to be her source of strength in the years following in the loss of her brother, sister and niece. Because of this she was a comfort to others as they face adversity.

During the last days of her hard fought fight against cancer, Peggy was able to be at home surrounded by loved ones and went to her heavenly home on Thursday, September 11, 2008.

Peggy will forever be remembered by her parents, Harvey and LaVonne Olson of Ipswich; her husband, Ken, of Mitchell; son, Joel of Louisville, CO; daughter, Michelle (Troy) Cody and their children, McKenzie, Hannah, Sophia and Isaac all of Fargo, ND; brothers, Robert (Patricia) Olson of Ipswich, Larry (Sue) Olson of Ipswich and D. Mike (Jan) Olson of Aberdeen; sister-in-law, Dorothy Olson Brown of Sacramento, CA; aunt and uncle Albert and Elaine Olson of Aberdeen, numerous nieces, nephews and cousins as well as many dear friends.

Peggy's nephews, Mike, Chad, Eric and Ryan Olson and Cory Fosher and Clint Richardson will serve as her casket bearers.

To order memorial trees or send flowers to the family in memory of Peggy Trammell, please visit our flower store.