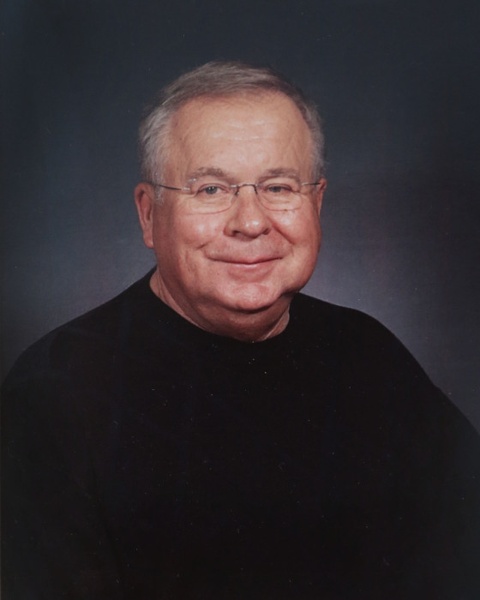 The funeral service for John R. Beyers, 75, of Roscoe, will be at 10:30 AM Wednesday, March 10, 2021 at the Edmunds Central School in Roscoe.  Burial will be at Morningside Cemetery in Roscoe.

John Raymond Beyers was born to Raymond and Ruth (Roesch) Beyers on October 26, 1945 in Aberdeen, SD.  He was raised on a farm south of Beebe and attended an elementary country school there.  He got his high school education in Ipswich and Roscoe, SD.

After graduation in 1963, he attended National College of Business in Rapid City for one year at which time he started work at First State Bank of Roscoe for the Johnson family.  During his early years at the bank he also farmed with his father and later on his own.  In 1997, he purchased the bank from the Johnson family and his sons took over the farming.    He added a branch bank in Bowdle, SD in 1999 and in Eureka, SD in 2016.  John’s banking passion was getting people started in farming and small business and being there when they needed help.  He was a champion of the town of Roscoe and surrounding local communities. He truly loved people and making personal connections. When meeting a new acquaintance, he would figure out some way they were tied to someone else he knew; then tell a story about that person.

In July of 1965, he married Patty Ulmer in Hosmer.  They resided in Roscoe for five years before purchasing a farm south and east of Roscoe where they lived for 20 years and raised four of their seven children.  In 1990 they purchased a parcel of land ½ mile south of Roscoe where they began building a house and a farm site and lived with their three younger children; frequently hosting an extra person or two around the dinner table. This is where John lived until his death, continuing to enjoy company, especially grandchildren visits.

John was a life-long member of St. Paul’s Lutheran Church in Roscoe. His hobby was his work. He loved buying meals for others in small town restaurants and spending time behind the wheel of his suburban, his bank minivan, and then his Ford Flex. After he retired from farming, he kept tabs on his children’s farming and business ventures and volunteered to give rides to the fields whenever possible. In later years, summer evenings were spent in his Ranger with his younger grandkids checking out the streets in Roscoe, while his older grandchildren received Sunday night check-in phone calls from Grandpa John.

He had struggled with lung cancer since 2014.  He died on March 4, 2021 at Avera St. Luke’s Hospital in Aberdeen with his wife and seven children at his side. He is survived by and will be greatly missed by Patty, his wife of 55 years; daughter Mary Beyers (Pat Gauer) of Aberdeen; son, Allen (Margy) of Roscoe; daughter, Emily Kadlec (Gerard) of Ipswich; son, Dennis (Andrea) of Roscoe; son, Evan (Amanda) of Aberdeen; son, Brian (Sandra) of Roscoe and son, James (Carrie Paplow) of Roscoe.  He will be greatly missed by 19 grandsons, three granddaughters and five great grandchildren.  Also surviving him are brother, Robert Beyers of Rapid City; brother, Mark (Carla) of Roscoe; and sister, Patty Kalmes, (Tim) of Mina, SD and one uncle, Melvin (Julie) Roesch of Roscoe.

He was preceded in death by his parents, Raymond and Ruth Beyers.

Condolences and memories may be shared with John’s family at grammfuneralhome.com

To order memorial trees or send flowers to the family in memory of John Beyers, please visit our flower store.