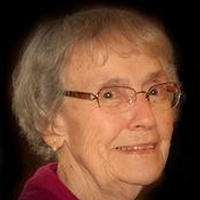 A Liturgical Wake service will be 7:00 p.m. on Tuesday, April 9, and the Mass of Christian Burial will be 10:30 a.m. on Wednesday, April 10 at Holy Cross Catholic Church in Ipswich. Burial will follow at Ipswich City Cemetery.

Florence's life began in Belle Township, Edmunds County on April 4, 1926 as the daughter of farmers Frank and Anna (Polt) Schaub. After country school, Holy Cross parochial school, and graduation from Ipswich High School in 1944, Florence entered Presentation School of Nursing, Nurse Cadet Corps, in Aberdeen and ultimately graduated from Marquette University in Milwaukee, Wisconsin with a Bachelor of Science in Nursing.

Florence was employed at St. Luke's Hospital in Aberdeen before entering the Presentation Convent as Sister Mary André, where she gave twenty-two years of faithful service. Her nursing occupation took her to Montana, to Sioux Falls, to Director of Nursing Service at St. Luke's Hospital in Aberdeen, to Administrator of Mother Joseph Manor in Aberdeen, and eventually to Maryland, where she retired from nursing in 1978.

Should friends desire, memorial contributions may be sent to the Edmunds County Memorial Park in Ipswich.

To order memorial trees or send flowers to the family in memory of Florence Krueger, please visit our flower store.