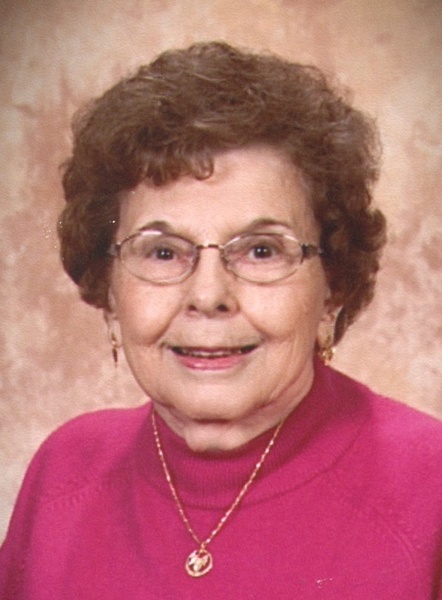 The Catholic Rite of Committal for Florence M. Brandner, 90, of Aberdeen and formerly of Ipswich, is at 2:00 PM Thursday, November 19, 2020 at Sacred Heart Catholic Cemetery in Aberdeen.  A Memorial Mass will be held at a later date.

Florence was born May 12, 1930 to Ben and Wallie (Schaefbauer) Senftner at Herreid, SD.  She graduated from Herreid High School in 1949. That summer, she started working in the Campbell County AAA office and worked there until June of 1952.

She married Herbert Brandner on June 30, 1952 at St. Michael’s Catholic Church in Herreid.  They made their home in Louisville, KY while Herb served in the United States Army.  Following his service, they returned to Herreid where she continued to work in the AAA office from September of 1953 to February of 1960 when they adopted son, Steven Michael.  They adopted a second son, John Paul, in November of 1964.

In 1969, they moved to Ipswich, SD.  In 1977 she started working at the Edmunds County ASCS Office until retiring on October 30, 1992 after 25 years of service with the government.  She then spent 5 years working as a short shift CNA at Beverly Healthcare in Ipswich.

Florence and Herb moved to Aberdeen in 2007.  Herb was killed in a motor vehicle accident later that year.  She moved to Bethesda Assisted Living and most recently had been living at Angelhaus.

She was preceded in death by her husband, Herb; son, John; father, Ben in 1936; mother Wallie in 1985; sister, Mary Kluckman in 2002; brother, Romanus and sister Cleopha in infancy; and nephew Paul Kluckman in 1976.

Condolences and memories may be shared with her family at grammfuneralhome.com

To order memorial trees or send flowers to the family in memory of Florence Brandner, please visit our flower store.