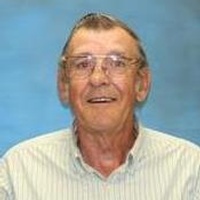 The funeral service for Elroy Scherbenske, 70, of Roscoe, is 10:30 am Saturday at North Highland United Methodist Church, 620 15th Ave NE, in Aberdeen. Burial will be at Sunset Memorial Gardens.

Visitation is 5-7:00 pm Friday at Gramm Funeral Home in Ipswich, 720 N. 6th Street, in Ipswich and one hour prior to services at the church on Saturday.

Elroy was born January 6, 1943 to Reuben and Edna (Miller) Scherbenske at Eureka, SD. He was raised on a farm and attended country school. When he was eight years old the family moved to a farm near Leola and he continued his education. Following his schooling he worked on the family farm honing his skills as mechanic.

He married Margaret Moser on March 7, 1963 and they made their first home in Ellendale, ND where he worked with the county highway department. While in Ellendale they started their family.

Elroy enjoyed being "Mr. Fixit" in Roscoe and surprised people with his ability to fix most anything from full size farm machinery to a simple push mower.

He had a deep love for his wife. He enjoyed traveling with her and found beauty in all that he saw on those trips. He cared for her through failing health and after her passing; he continued to visit her grave every week.

Elroy loved his children, grand children and great-grand children and enjoyed it whenever they were together. When illness struck him, his family returned their love and cared for him. They were at his side as he passed away in the comforts of his son's home, surrounded by all of their love, on Sunday, March 17, 2013 in Roscoe. He will be greatly missed by his family and friends and will be remembered by all who knew him.

He was preceded in death by his parents, wife, and brothers-in-law, Melvin Bender, Robert Fuhrman, Clyde Fischer and James Tooker.

To order memorial trees or send flowers to the family in memory of Elroy Scherbenske, please visit our flower store.