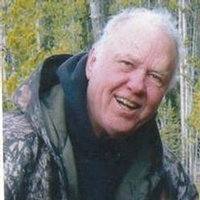 A memorial service for Dr. Charles A. Haerter, a longtime resident and general surgeon of Lake Havasu City, AZ, and formerly of Hosmer, SD, will be at 11:00 AM Saturday, June 6, 2015 at St. John's Lutheran Church in Hosmer. Rev. Patrick Hahn will lead the worship service. Burial with military honors will follow at Bethany Cemetery in Hosmer.

Dr. Haerter was born to Albert and Martha (nee Jakober) Haerter on January 31, 1939. Charles grew up in Hosmer, SD, graduating from High School in 1956, followed by graduation from the University of South Dakota. He attended two years of medical school at the University and then attended Northwestern University in Chicago, graduating in 1965 with a medical degree. He served his internship at Ben Taub General Hospital in Houston, Texas followed by a stint in the navy, for two years, during which time he served as battalion surgeon for the 1st Battalion II Marines and 1st Marines in Vietnam.

After his discharge, Charles entered surgical residency with completion in 1973 at the Medical College of Wisconsin. Charles established a General Surgery practice in Lake Havasu City, AZ in 1973 where he lived and worked for 32 years, before retiring in 2004. His great joy was in helping his patients, the relationships he had with hospital staff, nurses and his doctor buddies - everyone that helped him in doing his very best for those who needed his skills. His decision to retire was not made easily.

He transferred his passion for helping people to giving back to the environment. He loved the outdoors and was an avid hunter and fisherman. He was passionate about environmental projects and habitat improvements, planting thousands of trees and grasslands on his SD land after his retirement. Even with his illness taking its toll, he continued to make plans for additional improvements he wanted done.

Charles is survived by his wife Phyllis, the love of his life; his son, Charlton (Sonal), who is a physician in Phoenix; two grandsons, David and Max; his stepdaughter, Suzanne (Dave) Forslund; stepson, Kevin Sanderson and his step-grandsons, Jake and Lane Turley, all from the Kansas City area. He was preceded in death by his parents and his beloved son, David, who passed at the age of sixteen.

To order memorial trees or send flowers to the family in memory of Dr. Haerter, please visit our flower store.