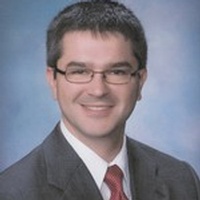 Aberdeen, SD - The funeral service for Douglas R. Aberle, 31, of Aberdeen, is 10:30 a.m. Monday, January 18th at Bethlehem Lutheran Church, 1620 Milwaukee Avenue, NE, Aberdeen, SD. Visitation will be Sunday, January 17th from 2:00 p.m. to 4:00 p.m. at Bethlehem Lutheran Church and one hour prior to the service on Monday. Interment at Riverside Memorial Cemetery will follow the service.

Douglas Roger Aberle was born April 28, 1978, at Mobridge Community Hospital to Linda and Roger Aberle. He resided at Herried, SD until 1980 when his family moved to Dickinson, ND. Douglas went to school through the 4th grade in Dickinson. His family then moved to Aberdeen where Douglas attended Lincoln Elementary, Simmons Jr. High and Central High School. After graduating from high school in 1996, Douglas attended Northern State University and graduated Summa Cum Laude in May of 2000 with an accounting degree. Douglas moved to Lincoln, NE with his high school sweetheart, Stephanie H. Duncan. On August 9, 2003, the couple was united in marriage. He received his Juris Doctor "with distinction" in May of 2003 from the University of Nebraska College of Law in Lincoln, NE. Douglas was an associate attorney with Cline,Williams, Wright, Johnson and Oldfather, L.L.P. of Lincoln until January of 2009. Douglas was currently employed as an associate attorney with Siegel, Barnett and Schutz in Aberdeen.

The couple has three sons, Grant Douglas, born May 21, 2004; Henry Martin, born December 27, 2006; and Jack Duncan, born September 8, 2009. In December of 2008, the couple moved back to Aberdeen to raise their boys among family and friends. Douglas was a dedicated husband and father whose purpose in life was taking care of his family. The latest manifestation of his dedication was his work on the remodel of the Aberle home that he and his family had recently moved into and celebrated their first Christmas "back home".

Doug was a lifetime fan of the Washington Redskins attending several football games over the past few years. He would return home without a voice after each game he attended. We couldn't think of a more loyal fan!

Douglas is survived by his wife, Stephanie and three sons, all of Aberdeen, SD; his mother, Linda Aberle (Jon Paggett) of Aberdeen; his father, Roger Aberle (Kristi) and their children, Kaili and Austin of Groton; his brother, Scott of Sioux Falls, and Scott's two daughters Bailey and Taylar of Aberdeen; his maternal grandmother, Claire Martin of Aberdeen; father and mother-in-law, H. Ray and Mary Jane Duncan of Aberdeen; brother-in-law Raphael (Heather) Duncan and their daughter Amelia ("Millie") of Aberdeen; and Stephanie's grandmother, Helena Heier of Hosmer, SD, who spent endless hours caring for and nurturing the Aberle family.

He is preceded in death by his maternal grandfather, Maynard Martin; and paternal grandparents, Barb and Eugene Aberle.

The Aberle Brothers Education Fund has been set up for the couple's sons at Plains Commerce Bank in Aberdeen. The family requests donations be made to the fund in lieu of flowers.

To order memorial trees or send flowers to the family in memory of Douglas Aberle, please visit our flower store.