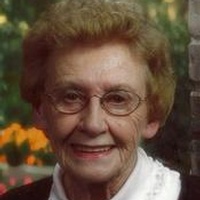 She taught country school near Hosmer for two years.

Doris married Harold Neuharth on October 12, 1947. They initially lived on a farm north of Hosmer before moving to a farm southeast of Eureka. She worked side by side with Harold on the farm and they started their family together with the birth of two girls, Patsy and Robin. Harold died November 9, 1978.

She moved to Aberdeen a short time later and worked for Lang's TV and Appliance and Feinstein's.

On November 20, 1987 she married Howard Fischer and moved to his farm near Ipswich. She loved being back on a farm and doing the farm work. Howard passed away unexpectedly on October 5, 2002.

She remained on the farm and continued farming with her grandson. Doris started volunteering at the Ipswich Public Elementary School and Deerfield Attendance Center in the fall of 2003 where she became the "grandma" to many children.

Doris married Orville Baer on December 8, 2007. They made their home in Roscoe, SD. She continued to volunteer at the school until November 2010 when her health started to fail and she was forced to slow down.

Doris had a real zest for life and was always very active. She helped with many different groups throughout her life and was a lifetime member of the Reformed Church.

She had a flair for entertaining and loved a good meal. Her love for her family and grandchildren found her at many of their events and they will all remember her loving and encouraging smile.

She was preceded in death by her husband, Harold, her second husband, Howard, brother, Major Gross, sister-in-law Norma Meyer and son-in-law, Tom Weigel.

To order memorial trees or send flowers to the family in memory of Doris Baer, please visit our flower store.