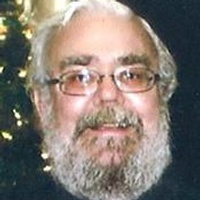 The funeral service for Dale W. Hieb, 63, of Ipswich and formerly of Bath, is 10:00 am Thursday, April 5, 2012 at Zion Lutheran Church in Ipswich. Burial will follow in the Ipswich City Cemetery.

Visitation is 5-7:00 pm Wednesday at Gramm Funeral Home in Ipswich and one hour prior to the service on Thursday.

MEMORIALS ARE PREFERRED IN LIEU OF FLOWERS.

Dale, son of Raymond and Alice E. Hieb, was born in Vermillion, SD on April 8, 1948. He attended school in Ipswich, graduated in 1966 and attended Northern State College. Among his many interests he owned a gas station for many years in Aberdeen. He retired from 3M in Aberdeen in 2007. Dale is a past member of the Lions Club, Masons, Minerva Chapter #5 of the Eastern Star and the Yelduz Shrine.

To order memorial trees or send flowers to the family in memory of Dale Hieb, please visit our flower store.