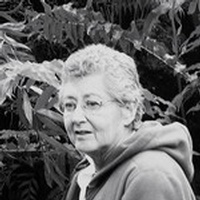 Candis Jo Kub was born December 20, 1945, at Davenport, NE. She was the only child of Clinton and Phyllis Bruning Currey. The family lived at various locations throughout Nebraska and South Dakota, in accordance with Clint's career with the US Soil Conservation Service. She graduated from Rapid City Central High School in 1964 before attending South Dakota School of Mines and Technology as one of only about a dozen women studying there at the time. From the wide selection of male engineering students around, she ‘picked' Raymond Kub. Their life together got started with a wedding in 1966, the birth of their first son, Vincent, in 1967, and graduation (Geology for Candis and Electrical Engineering for Ray) in 1969.

At graduation, Ray was commissioned into the U.S. Army Signal Corps, and his training and military career took the young family (which now included a second son, Steve) to Georgia, New Jersey, and Fort Huachuca, Arizona. Then, Candy told Ray if she could have a garden and a horse, she'd move back to South Dakota. So move they did in 1972, to Huron, where Teresa and Elaine were later born. Another move occurred in 1984 to the Kub family farm in Edmunds County. There, Candy operated the livestock operation while Ray's work with Western Area Power Administration kept him busy travelling until his retirement in 2004. As a loving caretaker of all kinds of animals, and as a strong woman operating a working agriculture business, Candis was a powerful role model for her children, who also had responsibilities on the farm.

Ray and Candis celebrated 42 years of marriage before Candis passed away on December 30, 2008 at the age of 63. They raised four children with an emphasis on character and service, knowledge, and respect for animals and the environment.

Candis was an active member of the Parmley Historical Home & Museum Board of Directors in Ipswich, most recently engaged in developing the Edmunds County Memorial Park. It's still an ongoing project, and Candis would want any financial memorials to be directed to it. Also, Candis got great joy from learning and teaching through the Master Gardeners program. She was a past president of the Prairie Partners chapter. In addition to how well this organization fit with her desire to grow a verdant garden each summer and in her own greenhouse throughout the year, it allowed her to pass her knowledge along in a column which ran in the Yard & Garden Newsletter, and with various children's organizations, like the Tiger Post and New Beginnings. Candis believed the opportunity to plant a garden and care for living things gave children an enormous sense of purpose and satisfaction. In many ways, this was an extension of her time -- over 25 years -- as a 4-H Leader in both Beadle County and Edmunds County, South Dakota when her children were 4-H age. She took enormous pride in their successful horse and dog training projects, and sacrificed so much time and effort not only for her own children but for many others within her clubs. Many have since commented what a lasting and positive influence she was on their lives, even years after moving on to college and careers.

Candis' personal nature was marked by an unfathomable compassion for living creatures. She was a person of quiet wisdom, although in her interactions with others, none were ever in doubt of what she was thinking or where her strong convictions lay. At home, however, it was her preference to read voraciously, remembering every detail, or to cook new recipes with the bounty of her garden, or keep in active email contact with her family and widespread friends.

Her desire to be active was starting to be frustrated by her health recently, but because she was so uncomplaining, her family and friends were surprised by her loss. After all, how could one so indomitable be taken?

Candis was preceded in death by her parents. She will be missed by her husband, Raymond, her children: Vincent (Dawn) Kub of Phoenix, Steve Kub of Los Angeles, Teresa (Daren) Konda of Omaha, and Elaine Kub of Omaha, and her grandchildren: Alexandria and Spencer Kub of Phoenix. Sisters- and brothers-in-law, as well as numerous nieces and nephews, mourn her passing.

Her Liturgical Wake service will be held at Holy Cross Catholic Church in Ipswich, SD at 7 p.m. Friday, January 2. Her Mass of Christian Burial will be held at 10:30 a.m. Saturday, also at Holy Cross. Interment will be at Black Hills National Cemetery near Sturgis at a later date. Arrangements made by Gramm Funeral Home of Ipswich.

To order memorial trees or send flowers to the family in memory of Candis Kub, please visit our flower store.